Henry Kautz, Professor of Computer Science, was formally installed as the Robin and Tim Wentworth Director of the Institute for Data Science on Thursday, March 12. Kautz is nationally recognized as one of the 10 leading scholars in artificial intelligence and former chair of Computer Science. 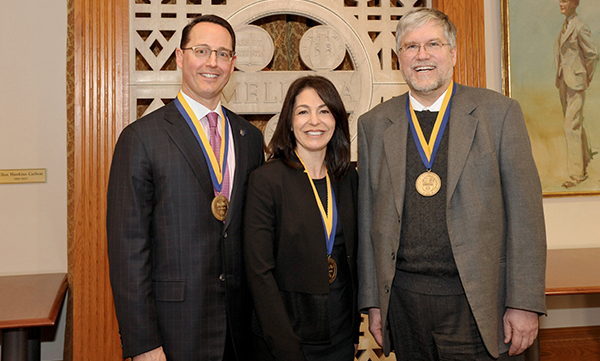