URCS Sends Team to CS Games in Sherbrooke, ON

Ten URCS students spent part of their spring break north of the border in Sherbrooke, Ontario at the annual CS Games March 13-15th.  This year's theme for the competition was Friday the 13th, since the competition began on that infamous day.  Two car loads of students made it to the event a bit late due to car troubles and border crossing delays, but managed to come home with several trophies for their efforts after the 48 hour competition.  The team name was "Considered Harmful" and members of the team are: Freshman  Joel Kottas , sophomores Mikayla Konst, Nicole Giggey and Lia Klein, juniors Hassler Thurston, Jack Valinsky, and Adam Scrivener,  and seniors Doug Miller, Charlie Lehner and Jeremy Warner. The team finished 5th overall out of 30 teams, and placing in the top 5 in 8 of 15 events.  Additional awards for the trophy case on the 6th floor of Computer Studies include a first place for Theoretical Computing, 2nd place for Machine Learning, 3rd place for both Extreme Programming and Security events.  The team also tied for 3rd on the Parallel Programming event but the trophy was given to the other team.

Since the inception of the competition over a decade ago, UR Computer Science has had three first place finishes at the CS Games.  This year, the winning team of Ecole Technologie Superieure now has four victories etched on the impressive trophy.  Next year, UR CSC hopes to even the score. 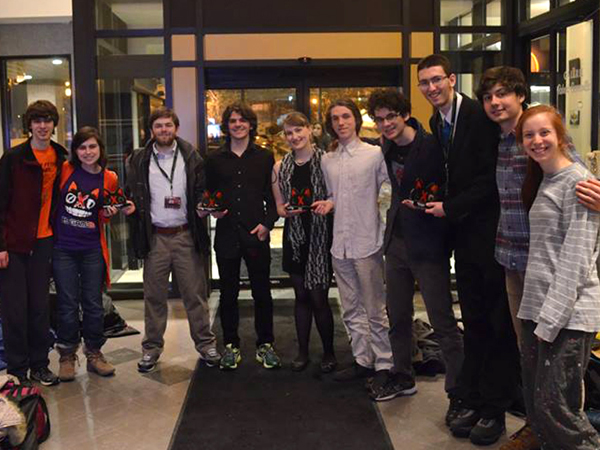 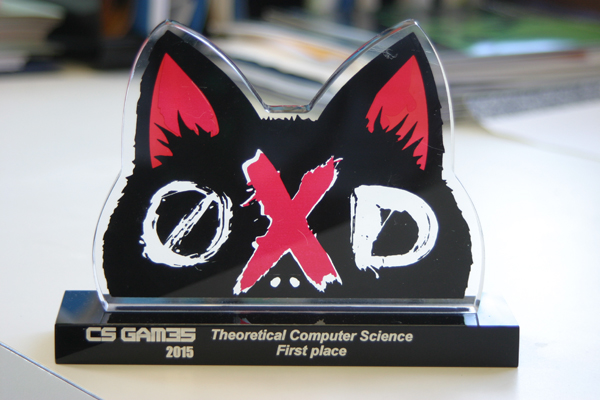 Trophies echoed the theme of Friday the 13th!